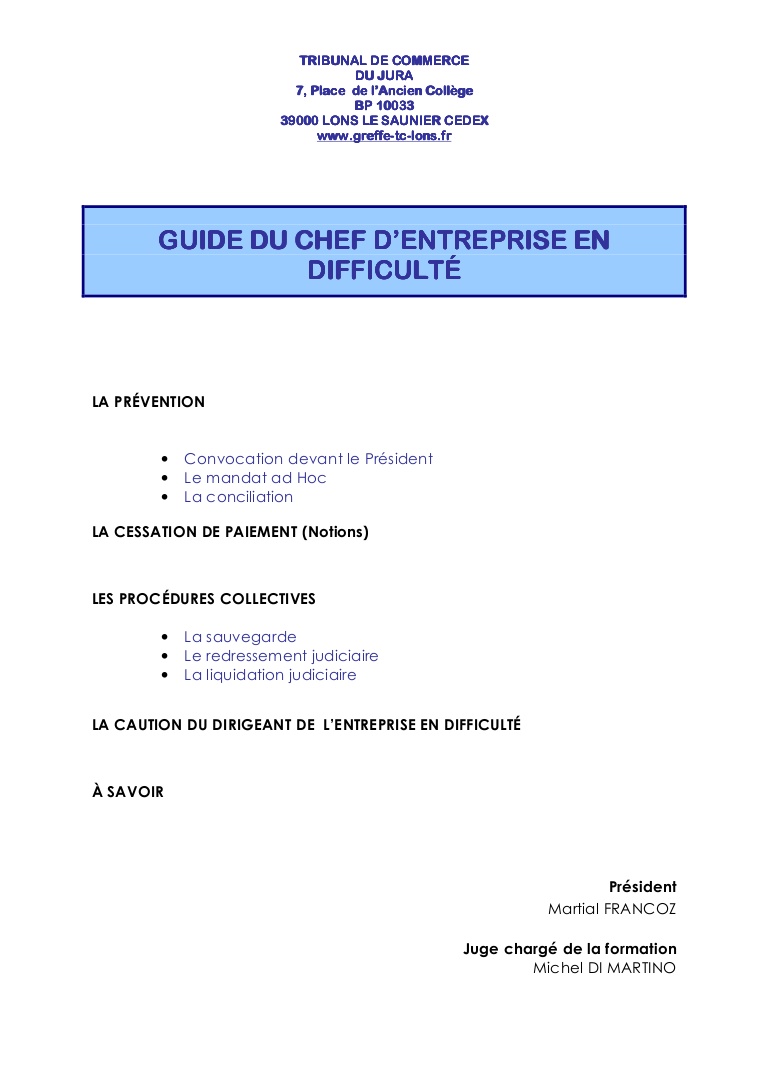 Some individual entrepreneurs are forced to shut down their activities. For this they must follow judicial liquidation proceedings particular. In order to help them, the procedures have been simplified.

The simplified judicial liquidation of the sole proprietorship is defined as the procedure which marks the cessation of its activities. This procedure takes place if it can no longer pay its debts to its creditors. The default is manifested by an asset lower than the liability. The decision to liquidate a company can be taken on the initiative of its own manager or the court. In the first case, it is an amicable liquidation and in the second compulsory liquidation for lack of assets.

This form of liquidation differs from its classic version in its simplicity. The procedures for controlling receivables and disposing of assets are faster. It involves the appointment of a liquidator, in the case of simplified judicial liquidation imposed by the court. It can be terminated by order of the judge and switch to the classic procedure. Regarding the duration of the simplified judicial liquidation of the sole proprietorship, it lasts for 6 months. In some cases, it can be cut short and be done in just 3 months

The conditions required for the simplified liquidation of an individual company

The court can order the simplified judicial liquidation of the sole proprietorship in several cases. He is able to take this decision if the company has no real estate assets or if the number of its employees is less than 5. The same applies if the turnover excluding tax is estimated between 300,000 euros. and 750,000 euros. In the event of voluntary or optional simplified judicial liquidation, the conditions change slightly.

This procedure can be initiated if the company does not have any real estate. The same applies if the number of its employees does not exceed one person, six months before the start of the liquidation. Finally, the last condition is the turnover excluding tax which must not exceed 300,000 euros, in the last six months preceding the simplified judicial liquidation of the sole proprietorship. Regarding this value of turnover, it is set by the Commercial Code (article R.123-200). According to this text, it is equivalent to the difference between the selling price of the products and the taxes (VAT and similar taxes) as well as the reductions that apply to sales. It is assessed when the accounting year is finalized.

What are the steps of this procedure?

The manager of the company must inform the court concerned (commercial or high court) of his inability to pay his debts 45 days at the latest after stopping the payment. Then the judge can declare the collective proceedings open. A liquidator is then appointed to take charge of all the procedures to be carried out. This court decision marks the dissolution of the company and the end of its activities. It also leads to the dismissal of the leader. From that moment, the liquidator takes over the management of the company.

He liquidates the goods by selling them and checks the remuneration to be paid. With regard to the sale of the goods within the framework of a simplified judicial liquidation of a sole proprietorship, it can be done in two ways: over-the-counter and public auctions. It does not require authorization from the judge-commissioner. In the case of an optional procedure, the sale takes place during the 4 months following the opening of the liquidation. The liquidator also studies the state of receivables with a view to payment. If the available amount can cover all the debts of the business, he pays them immediately. If this only allows him to pay those of the main (privileged) creditors, he makes a deposit with the registry concerning this situation. Finally, it closes the liquidation before the sixth month of its opening. A 3 month extension can be considered if necessary.

The declaration of liquidation

Whatever the nature of the liquidation, the business manager must declare the cessation of his activities to the Center de Formalités des Entreprises (CFE) concerned by his sector (commercial, liberal, or artisanal). For this, he must provide the Cerfa P4 form (online process possible). This declaration is compulsory and must be made during the month following the date of cessation of activities. It is free, which is not the case for the dissolution of a company.

The filing of this declaration entails the deletion of the company from the Trade Register (in the case of craftsmen) and from the SIRENE register. All data concerning affiliates are also permanently deleted from social organizations. It is the same for those which are in the hands of the tax administration. The CFE takes care of the transmission of the necessary information to the tax office and to all social security bodies.

Once the simplified judicial liquidation of the sole proprietorship declared to the CFE, the last tax procedure must be carried out. The entrepreneur must pay income taxes as well as VAT and CET (Contribution économique territoriale). He must also complete the final tax declarations. Following the cessation of the activities of his company, the revenues or profits made from the end of the final fiscal year are taxed (direct taxes). The same applies to the gains obtained during the liquidation of fixed assets. The company did not make any profit? Taxation applies to profits that are pending.

The manager of the company has 60 days (from the official date of cessation of activities) to make these declarations to the tax authorities. Please note, for a sole proprietorship outside the micro-tax regime and bearing the status of micro-entrepreneur, the VAT declaration is compulsory in the first month following the cessation of activities (real normal regime). This period extends from 30 days in the case of a real simplified plan. The payment of the CFE (Cotisation Foncière des Entreprises) and the CET is also imperative. The latter is defined according to annual income. Indeed, if the liquidation takes place in the middle of the year, a reduction is possible and the payment is made in proportion to the months of activity. In the context of liquidation, payment of the CVAE (Contribution on the added value of companies) may also be essential. This is the case for companies with an annual turnover excluding tax of more than 500,000 euros.