Judicial liquidation: what happens to the debts? 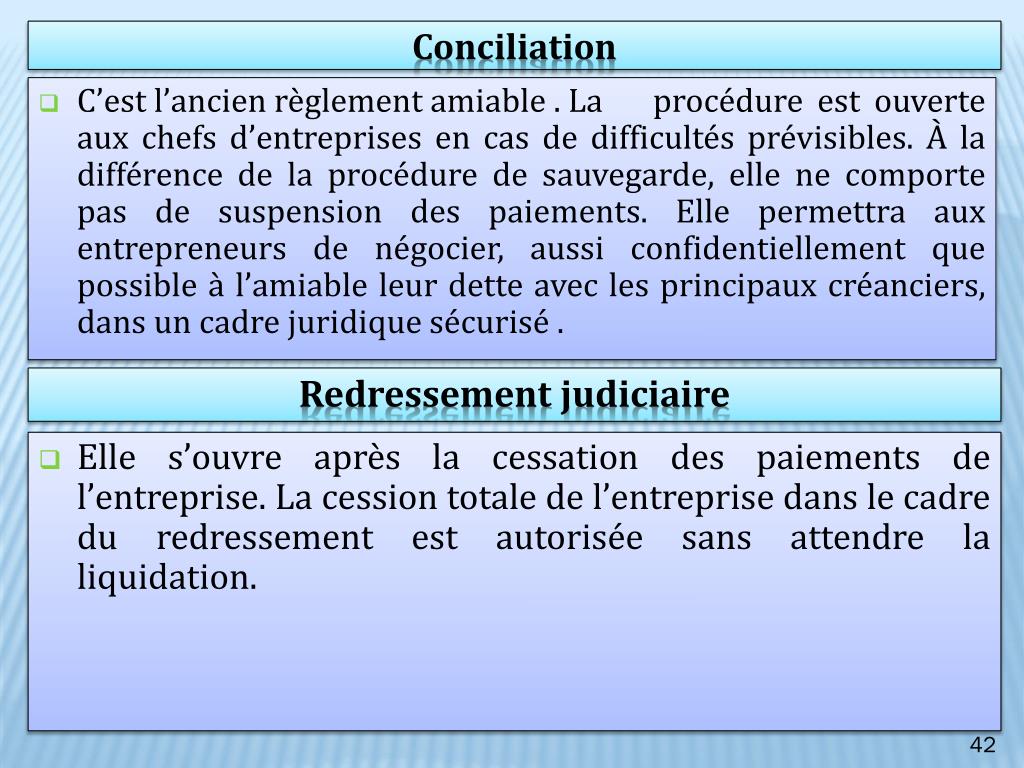 The judicial liquidation refers to all the legal steps taken to support or plan the end of a company which finds itself unable to meet its professional debts.

Is there a difference between liquidation and dissolution?

On the other hand, liquidation is the legal operation by which the end of the company is planned so that the assets are distributed among partners, employees and creditors. The share of each is determined and the conditions of access are specified. We can then speak of liquidation of debts erased. As long as the assets of a company remain, it is considered a legal person. Liquidation ends the process of dissolving a business. In other words, these two expressions are not to be confused but complement each other.

When to talk about a liquidation debt erased?

There are two types of liquidations: the amicable one and the legal one where a judge intervenes to settle the case. The first type occurs only when the company has the means to pay its various debts. A liquidator, who is most often the manager of the company, is appointed and takes charge of the remaining debts.

In the opposite case where the company does not have the means to meet its debts, the judge takes the liquidation in hand. These are mainly situations where the business finds itself in financial difficulty. We can then speak of legal liquidation of erased debts.

What is the place of bankruptcy proceedings during judicial liquidation?

From a legal standpoint, the various stages specifically planned to support a company in difficulty are called “collective proceedings”. There are three main stages, namely: safeguarding, recovery, conciliation.

Safeguarding consists of setting up a solution for the company which would allow it to safeguard both activity and employment. It helps prevent the bankruptcy (or suspension of payments) of the company.

In the event that the various measures taken do not prevent the company from finding itself in default of payment, it will have to undergo an adjustment. This step will allow him to find a balance between assets and debts.

The conciliation is kept confidential and aims to find common ground between the company and its creditors with the objective of settling the liabilities.

When the various steps undertaken remain unsuccessful, liquidation of the debts erased must take place in order to finalize the dissolution process. It is therefore used when the recovery of the company proves to be impossible.

What does the liquidation of debts erased consist of?

Judicial liquidation cannot be carried out for any business. Specific conditions must be met.

Who can open a judicial liquidation?

Whether for a natural person, sole proprietorship, commercial company or association, judicial liquidation can be opened. The statute is therefore not the most important criterion for the opening of a judicial liquidation. Rather, the company should be in suspension of payments and recovery attempts must prove unsuccessful.

What does judicial liquidation consist of?

Judicial liquidation of erased debts consists of using the assets of the company to satisfy its creditors. The simplified procedure consists of the following steps:

Ideally, it is the debtor company that is required to initiate the judicial liquidation process. This opening must be made no later than 45 days following the cessation of payments. It can also be made by a judge or a creditor. The bankruptcy filing and the annual accounts relating to the last financial year must be attached to the request for the opening of judicial liquidation. These documents are supposed to justify the insurmountable problems encountered by the company.

The judge is involved at various points in the process. It is he who pronounces inter alia the opening judgment and that of closing. It is up to the judge to appoint the liquidator, a judge-commissioner as well as the procedural bodies.

The liquidator is the one who (apart from the debtor) is appointed to manage the business. It is he who takes care of the various dissolution operations: dismissal of employees, collection and verification of debts, possibly drawing up a disposal plan, sale of the company's assets. He therefore assumes the functions of the Company Manager, since the latter has been relieved of his property.

What does judicial liquidation entail?

The consequences of a judicial liquidation can be of various kinds, as well for the creditors as for the company.

Consequences on the company in liquidation

When the judicial liquidation is opened, the debtor company undergoes some changes.

First, her boss no longer has to manage her. Management is entrusted to a liquidator. The Chef only intervenes in special circumstances. When appointed, the liquidator proceeds 15 days or 21 days after the opening judgment to the termination of all employment contracts, which means that the employees are dismissed. Finally, no individual pursuit of creditors is possible. Collections must be done collectively.

The opening of judicial liquidation proceedings for erased debts allows creditors to demand all their debts, whether they are at the end of their due date or not. In addition, individual prosecutions are stopped. A statement of claims must be presented by each creditor.

Consequences for the liquidated company

The closing of the liquidation can occur in a case where the liquidator succeeds in completely purifying the liabilities and the initial objective is reached. In the event that the objective is not reached and the necessary funds are not collected, the creditors are not able to sue the debtor (except in exceptional cases). Finally, the company is dissolved and the activity ceases. It no longer exists legally and is deleted from the RCS (Trade and Companies Register).

When a judicial liquidation is initiated, two cases arise: the liquidator manages to raise sufficient funds to satisfy the creditors or the various measures taken do not allow it. In this case, the creditors will no longer be able to collect their debts.