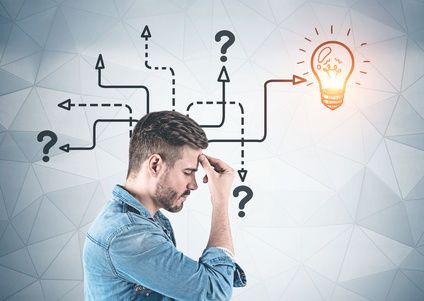 The simplified judicial liquidation Sarl, unlike an amicable liquidation, is a collective procedure initiated by a court when the assets of the LLC are no longer sufficient to repay its debts, or when the safeguard of the company which includes the preservation of the activity and jobs proves impossible. Taking into account the legal regime, let's discover together this procedure, its functioning, its conditions as well as its effects on the partners of the LLC.

Concretely, what is a judicial liquidation of an LLC?

An LLC must undergo judicial liquidation when the company finds itself unable to pay its debts and the judicial reorganization procedure which was carried out beforehand ended in failure. It is at the request of the manager of the company that the commercial court implements the simplified judicial liquidation of the SARL by establishing a closing deadline. In principle, this request must be made within 45 days of the end of payment of the debts. However, he wishes to clarify that this procedure can also result from the summons of one of the creditors, of a request from the public prosecutor or of the seizure ex officio of the President of the commercial court.

In order for a simplified judicial liquidation of a company to be undertaken by the commercial court, the applicant must accompany his request with a certain number of supporting documents, namely:

When does a simplified judicial liquidation Sarl become compulsory?

The implementation of a simplified judicial liquidation Sarl after summons can be done either by:

The second option (simplified judicial liquidation) was introduced by the law of July 26, 2005. Not only is it less expensive, but it is also faster and can only be initiated if the assets of the LLC do not contain any assets. furniture, the number of employees does not exceed 6 in the last 6 months and if the turnover of the SARL does not exceed € 750,000.

Depending on its situation at the time of the facts, the SARL may undergo a simplified compulsory or optional compulsory liquidation.

If these conditions are not met, a court can start for the optional simplified or common law procedure.

- The optional simplified procedure: in addition to the above-mentioned conditions, the application of the simplified process is no longer an obligation. In fact, what happens next will depend on how the procedure progresses. The SARL can hope for a divestiture if it does not have any real estate assets, employs at most 5 employees and records a turnover of less than € 750,000.

How long does a simplified liquidation Sarl last?

To date, legislators have not yet issued a decree on the duration of this procedure. In other words, there is no maximum duration that should not be exceeded. In doing so, simplified judicial liquidation Sarl will essentially depend on the complexity of the case, the litigation and the size of the assets that are owned by the LLC.

On the other hand, in the event of ordinary law bankruptcy, it is customary for the court to pronounce a closing period for the proceedings. Once it is completed, the court will examine the possibility or not of closing the process. If necessary, an extension will be decided.

In theory, the sale of the asset that constitutes the most basic act of liquidation can be done in a maximum of one year. As for the recovery of debts that have been contracted, it can take more than a year. In the event of a dispute, the liquidator will have to comply with the legal deadlines for each procedure, which can take up to several years, depending on the appeal, expertise or cassation. This procedure is only a matter of common law.

What are the effects of a simplified judicial liquidation Sarl?

As you can imagine, a simplified judicial liquidation of an LLC is not without effect on the company and its employees. So to speak, this procedure impacts everything that has a relationship directly or indirectly with the company concerned. Among others, these are employees, creditors and partners.

Employees: they are not the big losers, because they benefit from a privilege granting them a reimbursement of unpaid wages before the payment of other forms of debts.

The creditors: the liquidator, in his capacity as legal representative of the creditors, has the obligation to declare their claims within a maximum period of 2 months from the opening of the procedure. As of the opening of the procedure, all the proceedings instituted are canceled. Nevertheless, the company must settle its debts as far as possible unless a contrary order of the commercial court is pronounced.

The partners of the manager: in the case of an LLC, the responsibility of each partner is committed to the level of his investments. So to speak, a maximum loss can be accorded to their contributions. In the event of collective proceedings which ends with a judicial liquidation of the SARL, the contributions of the partners are canceled. As for the manager's liability, it can only be engaged in the event of serious management misconduct.